All the rides and attractions supplied by North's funfairs are operated in accordance with the British HSG175 Standard for Safe Practice at Fairgrounds and Amusement Parks and tested on annual basis by an independent engineer.

Each attraction comes complete with its own public liability insurance and all valid risk assessments. Copies of any of these documents are available on request and will be with the attractions on the day of your event.

We are used to working in a variety of environments and can accommodate and operate attractions in most settings. Set-up and break down times vary but rides can often be erected with the minimum of time and fuss.

Our aim is to supply the best attractions, and operate them in the most professional manner. North's funfairs are a professional dedicated ride provider that aim to offer the best funfair hire service within the industry. 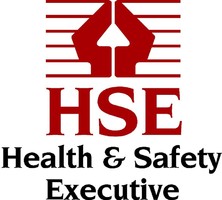 North's funfairs are also members of the showmans guild of great britain. Not sure what that is here's a little more info.

In the UK the majority of showmen are registered as part of the Showmen's guild of Great Britain. This non-profit organisation is split into ten sections across the UK and is tasked with everything from representing showmen's interests in government to settling disputes between members. The ten sections are as follows, Derby Notts Midland South Lincs, Lancashire, London Home, Midlands, Northern, Norwich Eastern, Scotland, South Wales, Western and Yorkshire. With an additional Central Office located with in the London offices but acting independently as the main overseer for each section. Every section is run by a 15 member committee that must be voted on annually and one permanent secretary. (Scotland has two permanent secretaries at time of writing) The Function of the committee is to set and enforce that sections policies. Central Office sets the direction and main focus of the Guild in general but each section can alter various rules of conduct to suit its local needs. The Guild also represents showmen's interest in safety and is a permanent member of the Amusement device safety council (ADSC) which is the body that oversees the Amusement Device Inspections Procedure Scheme (ADIPS) 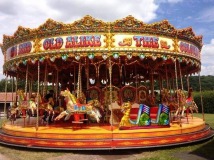 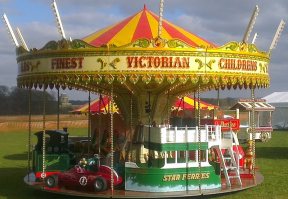 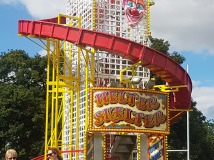